I discovered an aptitude for this during a short ‘Funny Women’ course I attended with Clean Break in 2007. I made an impression at the end of course  showcase and in subsequent years have been invited to perform at many of their events including a gig at HMP Holloway.

My act is autobiographical in nature and in recent years has become more specific to issues relating to mental health and ageing. This has resulted in several bookings at various mental health events and festivals along with appearing at events specifically promoting positive ageing. Here I am at the St Mungo’s Mental Health Awareness Week event which I have been booked to perform and deliver a workshop at three years in a row. 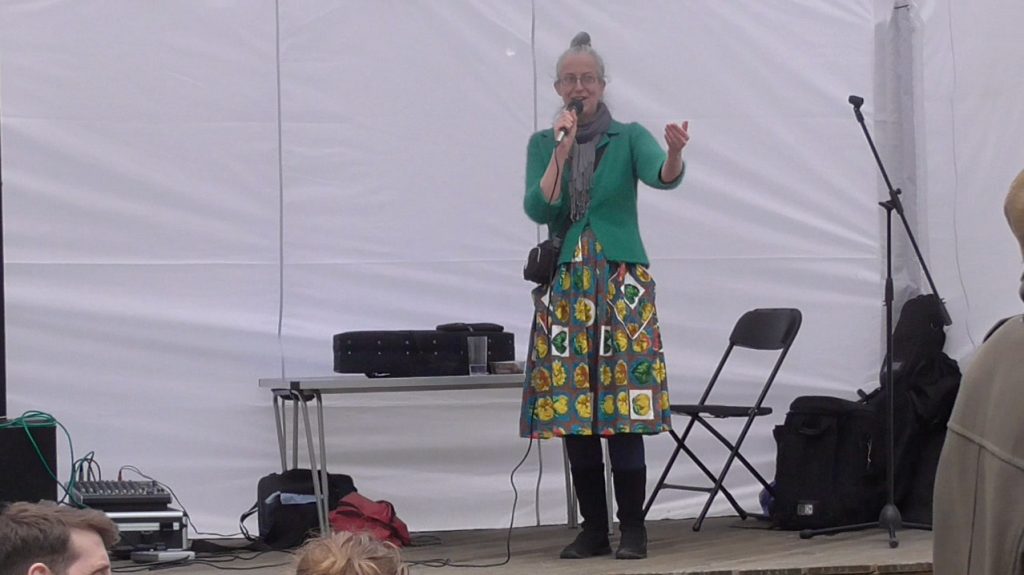 Aside from the above I enjoy performing in a more conventional comedy club environment and have appeared in numerous collaborative inter-generational and solo shows at several fringe festivals.

I also write and perform my own comedy songs using a ukulele as accompaniment, which means that as well as performing a straight stand-up set I can deliver a musical set or a combination of the two. My musical act has been well received within a variety of settings including comedy, cabaret and both indoor and outdoor music events.

Here I am rounding off a stand-up set with my crazy cat lady song entitled Toxoplasma gondii, assisted by an enthusiastic audience at the Mini Bonkersfest hosted by Mental Fight Club. The song is a satirical response to a supposed connection between women, cats and mental ill health.