After a somewhat chequered work history and a generally troubled existence, in 2008/9 I completed the Access to Community Theatre Diploma with Clean Break and from there went on to study BA (Hons) Drama, Applied Theatre and Education at Royal Central School of Speech and Drama.

In the second year of my degree I became a member of Cardboard Citizens and performed in several of their productions. Since graduating in 2012 I have continued to work with both Clean Break and Cardboard Citizens on a freelance basis.

In the final year of my degree my focus shifted away from ensemble work to the use of stand-up comedy as a tool for autobiographical storytelling using my own mental health experience as raw material.

The confidence and personal insight I gained through solo performance left me wanting to encourage others to do the same. This desire led me to develop and facilitate my own stand-up comedy workshops and short courses.

Underpinning this work is my 35 years experience of working with people living on the margins of society and my own background as a former mental health service user.

Since 2013 I have also been facilitating both mixed and women only mental health peer support groups using a variety of models. Here I am with colleagues from the working group that co-created and delivered an immersive peer support event with Mind where the four of us shared our stories. 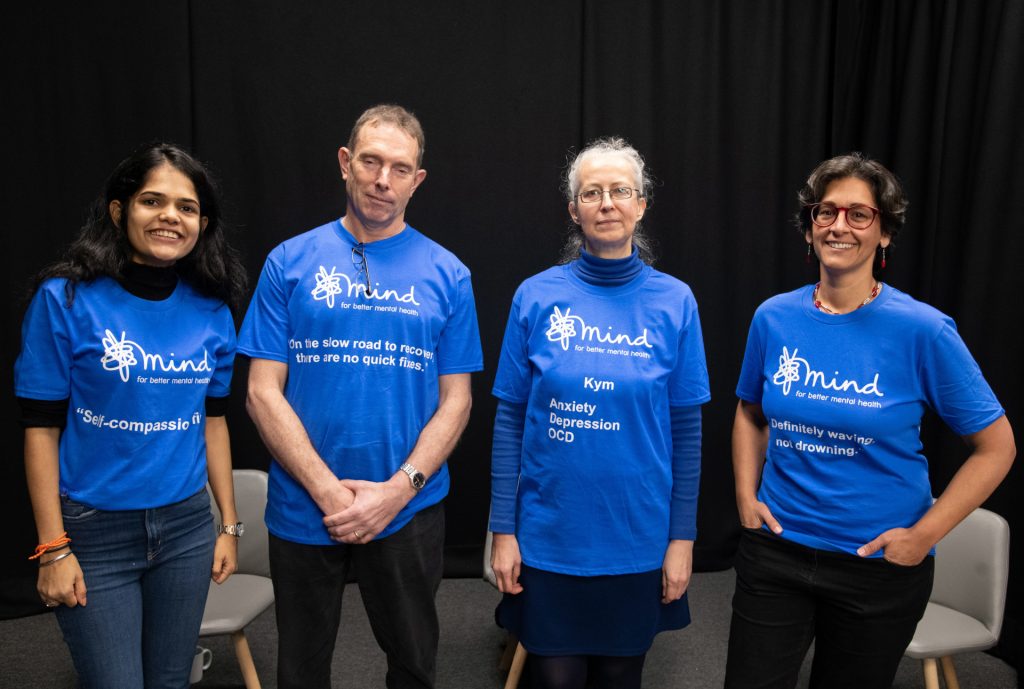 My contribution focused on the impact of childhood domestic abuse on my adult life and how attending peer support groups helped me gain the confidence to create my own job after a long gap in employment.

Peer support and autobiographical stand-up comedy share some common ground. They are both very much concerned with storytelling and when I took control of my own story I started to create a new one and that changed my life.

I live in London where the vast majority of the work I do is centred but I welcome the opportunity to travel to other parts of the country and beyond.